Isaac Julien was born in the East End of London, one of the five children of his parents, who had migrated to Britain from St Lucia. He graduated from Saint Martin's School of Art in 1985, where he studied painting and fine art film. He co-founded Sankofa Film and Video Collective in 1983 and was a founding member of Normal Films in 1991. Julien came to prominence in the film world with his 1989 drama-documentary Looking for Langston, and his film Young Soul Rebels won the Semaine de la Critique prize for best film at the Cannes Film Festival in 1991. He began working on installation pieces and was nominated for the Turner Prize in 2001, and in 2003 he won the Grand Jury Prize at the Kunstfilm Biennale in Cologne for his single screen version of Baltimore. He won the Charles Wollaston Award at the Royal Academy 2017 Summer Exhibition, and was appointed Commander of the Order of the British Empire (CBE) in the 2017 Birthday Honours for services to the arts. Who Killed Colin Roach? (1983) was his first film. 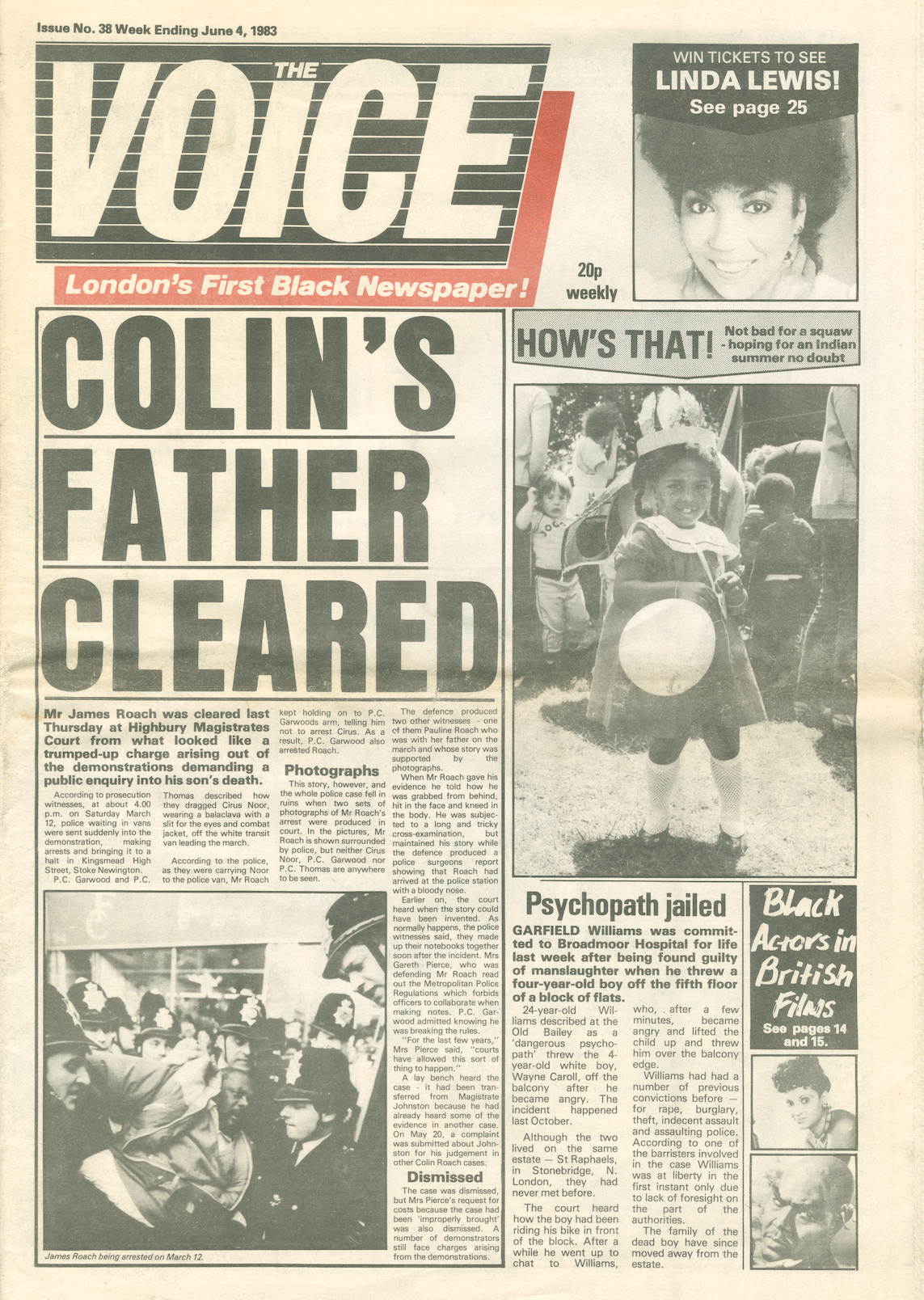